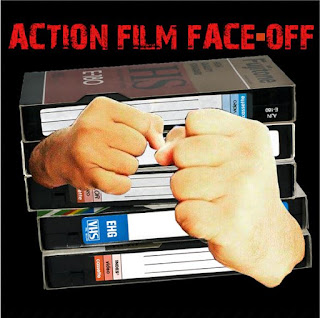 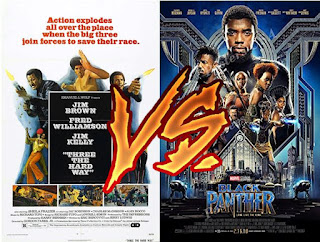 Two films enter.  One film leaves. Action Film Face-Off is a show where the Alberich brothers - two brothers who are both military combat veterans - are each assigned a random year between 1970 and present.  Each brother then brings an action film from their year to the show. The two films are then compared and contrasted by the Alberich boys, and one film will be crowned that episode's champion.

Welcome to the second episode!! For this episode, our randomizer - set to pick years in the range of 1970-current year - selected 1974 & 2018, so here are our contestants:

Will the gritty Blaxploitation film defeat the Disney/Marvel blockbuster? Or will Black Panther claw his way to the top? Find out as they battle for 6 rounds in our videodome!

Let us know what you think!
Leave a comment by sending an email to: contact@longboxcrusade.com

Thank you for listening and we hope you have enjoyed this episode of
Action Film Face-Off.
Posted by Pat Sampson at 12:01 AM